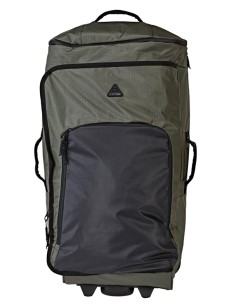 Men's travelling suitcases are almost always equipped with wheels thanks to which the luggage can be handled comfortably. They are larger in size to accommodate a large number of things and made of lightweight plastic materials that make it easy to carry. The storage space is divided into a large number of pockets and the overall structure is reinforced to protect things inside and during transport by a plane. At Swis-shop.com we have travel suitcases of classical fabric, but also high-durability shell suitcases.