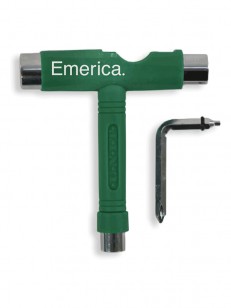 As long as you have been doing all the skateboarding, you need to keep your love, the skateboard itself, in good shape. There is a plethora of skate accessories for this which both make the ride easier and also keep the skate in good condition. There is, of course, a need to replace something from a skateboard or get something new from time to time. This is where our skate accessories comes in hand - we have single skate bearings, skate grips, skateboard screws, a variety of skate tools, skate kingpins, silentblocks, skate wax, pivot cup and other. All accessories come from the leading manufacturers within the skateboarding community, so you have a quality guarantee when choosing them.