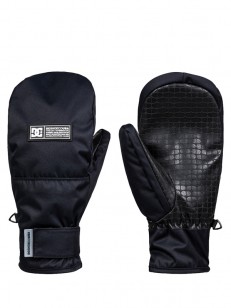 Women's snowboard gloves should be carefully chosen because warm and hands in comfort are very important for snowboarding. While riding, we are quite often in contact with the ground and our hands are also exposed to the cold wind and snow. Ideal women's snb gloves mean warm and waterproof gloves. Ideally also equipped with a breathable membrane that care of inner comfort. In addition to thermal insulation and waterproofing, it is also important to decide if you need gloves with protectors. Some models at our eshop have wrist protectors that protect your hands from injuries during aggressive ride or freestyle. The gloves also have a number of unconventional features - whether it's a wiping pad, finger layers to handle touch devices, a mini compartment, or other. Choose women's snowboard gloves from leading world manufacturers, from different color variants, models and designs.