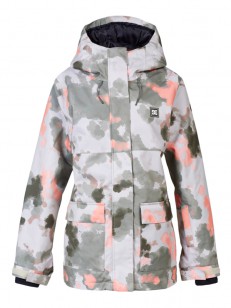 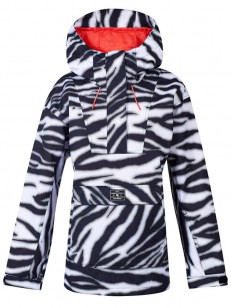 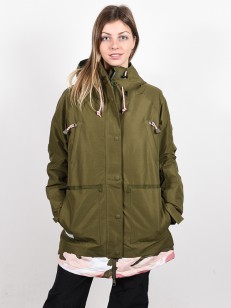 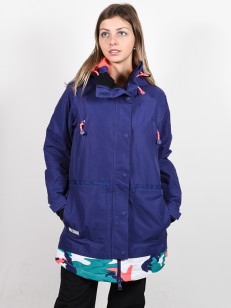 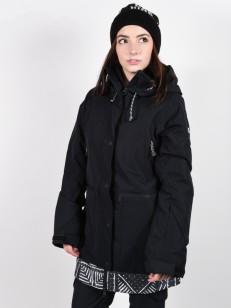 Waterproofness, breathability and insulation. These are the three basic specifications that you should be most interested in when choosing a women's snowboard jacket. Waterproofness ensures dryness of the upper part of your body, which you will appreciate especially when falling, or in heavy snowfall or at temperatures slightly above zero, when the snow is wet. Breathability takes care of comfort inside the jacket by breathing membranes. The thermal insulation index generally determines the winter conditions into which the jacket is intended. Snowboard jackets differ from those of the classic street also with other capabilities and accessories - such as a snow catcher, an elevated anti-freeze collar, retractable hood, headphone outlets, media pockets, or practical skipass or snowboard goggles compartments. In the case of ladies' snb jackets, it also depends on the color. While more distinctive, shimmering variants are suitable for night snowboarding or snowboarding in reduced visibility conditions, those in pastel colors and generally less visible ones are particularly suitable for conditions with clear visibility. Choose snowboard jackets from a wide range of brands, models, and color designs.