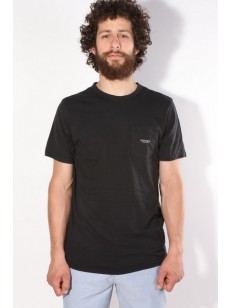 Men's T-shirts can be worn in combination with everything, whether it's jeans, shorts or more formal trousers. T-shirts have a short or long sleeve or a sleeve of three-quarter length and are divided into subcategories with round neckline or V neckline. Most often they are made of cotton or cotton / polyester, because the cotton is comfortable to wear, is airy and has good breathability properties. The t-shirts at Swis-shop.com are outstanding with impressive prints, up-to-date modern cuts, and you can always find them at the eshop in a large number of color combinations and in all sizes available so that everyone can choose.