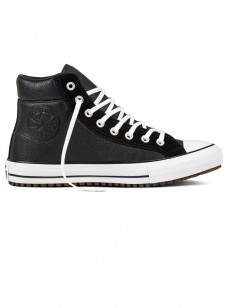 Not all street shoes can be used in snow and winter. Then it is good to choose one model from the category of men's winter boots, which in most cases have a raised ankle structure that prevents the penetration of snow and cold. An integral part of warm winter boots is also thermal insulation in the form of an artificial fur that provides thermal insulation. At Swis-shop.com you can find a wide range of winter shoes - leather boots, men's shoes so called farmer shoes and more. Thanks to a large number of sizes and colors, everyone will choose.