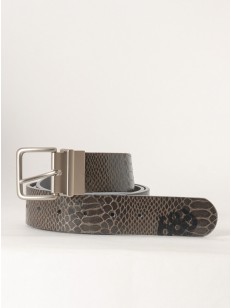 Women's synthetic belts essentially mimic the look of genuine leather models. However, it is a no pain and a vegan friendly option for those who for some reason do not fancy leather straps. The advantage of synthetic belts is also the fact that they can be found in many original desings. From wide to narrow and minimalist. Select at Swis-shop.com from a wide range of belts.

Mike West's company still owns, its production is funded from its own resources, products are in the key markets to the most respected and also the best-selling ones. His success is a constant effort to find a new look at his own products and the answer to the question: Where and how can we further improve our products? Mike, we're good to you, keep moving. In the collections of the brand you will find especially the apparel of technical stamping, which will be appreciated especially by snowboarders and enthusiasts who enjoy winter sports in general. 686 designs are influenced by skateboarding, snowboarding, but also by punk, rap or jazz music. In short, an ideal blend that can never be bored.