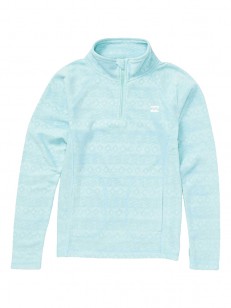 The choice of children's snowboard clothing must be gradual, from the base layers to the upper ones. The basis of each successful ride is always the foundation = the first layer of children's functional underwear. This is a part of outfit that is in the closest contact with human skin, and therefore, especially in the case of your kids, you should pay close attention when choosing it. Ideal is when it disposes of antibacterial treatment that prevents the spread of bacteria, and breathable and sweat absorbing capabilities that guarantee comfort in general. Thanks to this, children will feel comfortable and will be able to fully focus on snowboarding itself. We have pieces from leading world manufacturers and in various designs and colors.