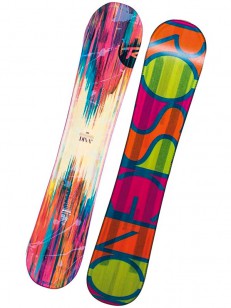 Abel Rossignol was a giant ski enthusiast. He loved him, at the same time he had a ghostly spirit, so he made his first pair of skis himself from the remnants of wood material in the factory. Not long after, skiing became part of everyday life, and when the Émile Allais skiing championship with Rossignol skiing was won in 1937, the future of the company was decided. As early as 1956, the company focused exclusively on ski production, and a few years later it expanded worldwide. In the 1960s, the company experimented with glass fibers to become the world's largest ski manufacturer in the 70's. The company's strong position has been used to expand beyond skiing and snowboarding. In this area, Rossignol's name is still doing, but thanks to honest approach to production, using high-quality materials and patented technologies, Rossignol snowboards can be expected to appeal to lovers at least as much as Rossignol's skis.